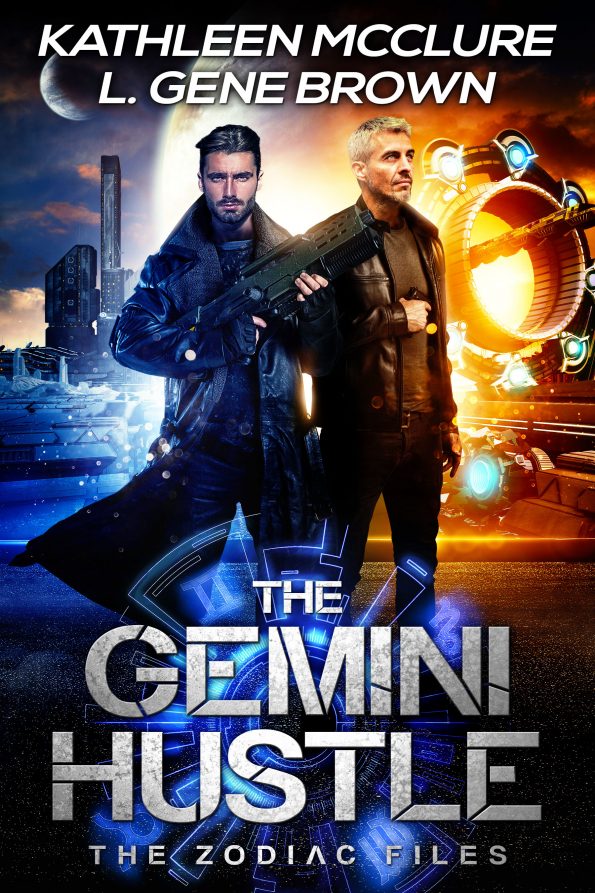 A Note: We are now posting the Second Edition of The Gemini Hustle, but, unlike most Director's Cuts, the Second edition of GH is shorter than the original.

This is because, after some time and study, we realized the original was weighed down by our own writing process. We're discovery writers, which means pretty much what it says: we discover the story as we write it.

This can work fine in a web serial, where folks pop in to read a chapter a week, but once you put something between the covers of a novel, it's pretty clunky. Like putting the all the furniture from a five room house into a studio loft. Both are lovely spaces, but they don't accommodate the same furnishings.

We're posting the new work for those who don't want to wait for the leaner, meaner Second Edition release (alongside The Libra Gambit, this fall). For anyone who wants to read the original in its entirety, or just want to compare the changes, you can download a free copy of the original edition HERE.

Chapter 12 When Ray woke again, he was no longer in the van. Nor, he supposed, anywhere near the Nuph River. He attempted to move, and immediately discovered three things.  First, he had acquired a few more bruises than being tossed around a van could account for; second, he’d been shackled to a gurney, and; …

Chapter 11 “Wait,” Jessyn said, before Ray could stand. “Give me a moment.”  Ray looked over and saw her expression had gone distant, as if she were concentrating on something. “I don’t think-“ “I need a minute too,” Harry cut in. Ray turned to see Harry tapping his ear and drawing his Colt. “It’s me,” …

Chapter 10 Ray continued to hold Jessyn’s hand, their fingers twining in a familiarity that, were Ray not focused on Harry’s story, would have been spooky. “The Lady has the latest news,” Harry was explaining, with a glance at Jessyn. “I’d as soon not rehash that particular episode.” “Of course,” she murmured, even as Ray …

Chapter 9 The bartender served a trio of Milleons, whose bulky insectoid figures dominated the bar’s middle section, then met Ray at the spot he’d previously occupied. “Who in the name of the Jade Emperor’s dragons are you?” she asked without preamble.  “Those bills I gave you, I swear I had no idea they were …

Chapter 8 “Not enough cold showers in the galaxy,” Ray muttered, even as the image Jessyn had planted in his head took root.   “My sorrow,”  she said, her expression sympathetic, “especially as we seem to have gotten off the truck.”  “And are we off the… truck?” he echoed, confusion and amusement dulling the edge ever …

Chapter 7 Harry came back to himself in a warehouse that, like most warehouses in the Sol Sector, was ill lit, grimy, and smelled like a machinist’s shop. This particular warehouse was located on Ceres, and had been decommissioned for several years. Despite that fact, the place was crammed floor to dome with crates, bales, …

Chapter 6 While Harry fell into his own subconscious, Ray followed Jessyn into an elevator, standing quiet as they ascended to the club’s top floor, and then out into a low-lit, high-ceilinged space in which a smattering of tables of various size were separated by lattice barriers.  Almost the second Jessyn exited the lift, the …

Chapter 5 Harry had suffered more than a few rude awakenings in his career, so opening his eyes to find himself stretched out on a low-pile carpet that smelled mildly of rug shampoo was no big thing.  Then someone’s foot slammed into his gut, seriously upping the rude quotient of this particular awakening. “That will …

Chapter 4 Entering Ankhar’s lounge, Ray had trouble believing the swank nightclub existed in the same solar system as The Needle, much less the same planet.  But as it did, and in deference to the upscale setting, he’d ditched the hungry spacer look for  black suit and crisp white shirt-sans tie-and even chose the onyx …

Chapter 3 Nine hours later, Harry was behind the wheel of a van, driving through Romeria’s winding streets.  Behind him, Mollin hunched over a small warehouse of tech built into the unassuming ground transpo, tracking León Enris’s movements. “Did you get anything more on the guy from the bar… Slater was it?” Harry asked, swinging …