Jessyn had been waiting with the Lady in the observation room when Ray made his brash request, and immediately felt her skin warm.

She also felt a stirring of interest, one she tried to suppress, for she’d spoken the truth to Ray when she’d told him her will was not her own; the half-breed daughter of a rebel, Jessyn owed her life to the Lady, who was also the matriarch of House Szado, and the woman to whom Jessyn had, at the tender age of seven, sworn her allegiance.

Part of that allegiance, the largest, lay in using her training as a Nhaiad—a discipline she had heard some likened to courtesans in other species, though from her understanding it was a pale comparison indeed—to procure information useful to the Lady, to House Szado, and the Sisterhood of the Black Rose.

Such were Jessyn’s skills that she could encourage confessions from the most savage of criminals over a cup of tea, though, of late, her assignment had been less civilized and a great deal more demanding.

Sims Al-Kar, while not the most savage of criminals, was one of the slyest.

He was also, to her dismay, more attached to her than any of her other chosen companions—a trial for Jessyn, who took particular pride in her ability to negotiate from companion to companion without so much as a bruised ego.

But Sims, even before she’d taken him to her bed that first time, had become obsessed with her, so much so that his partner and chosen brother, Gavin Booth, both noticed and resented it.

And made certain Jessyn was aware of that resentment.

“This Slater person interests me,” the Lady said, speaking aloud for the first time since Jessyn had joined her. “Both he and Mr. Finn.”

“Do as he asks,” the Lady said at last, before adding the unspoken directive, Make him comfortable. Make him ours.

“Yes, Lady,” Jessyn replied, crossing both hands over her heart, delighted and dismayed both—for now she had permission to enjoy Ray’s company, but only so that she could discover whatever secrets he might hold.

Someday, she hoped the Mother Goddess would forgive her transgressions.

Even after so brief an acquaintance, she doubted Ray would.

Harry followed Jessyn Breeshandra and Ray Slater out of the elevator and through the jade door, back to the mezzanine above the Osiris Lounge, and took a relieved breath because nothing was more cramped than three people in an elevator when two of those people were virtually undressing each other with their eyes.

Given that Jessyn and Ray had, as far as Harry could tell, met each other barely forty minutes ago, that was some serious chemistry they had going.

While the kids made goo-goo eyes at one another, Harry moved to the railing and looked out over the lounge, where the crowd had thinned during their absence, leaving several tables unoccupied.

“Do us a favor?” Ray said, taking Jessyn’s hands in his and raising them to his lips to brush a kiss across her knuckles in a show of gallantry that had Harry cocking an eyebrow. “Find us a place to sit. Something cozy.”

Harry’s glance slid to where Ray had sidled up next to him. “He means something with our backs to the wall,” he explained sotto voce to Jessyn, standing just beyond Ray, then grinned at her raised eyebrow. “But I’m guessing you got that.”

“Given who I work for, yes,” Jessyn replied with an easy smile that in other circumstances might have left Ray a bit jealous, but nothing in the quick back-and-forth indicated more than shared humor, though the underlying affection between the pair spoke to something much deeper, and older, than their brief acquaintance could account for. “This may take a few moments,” she continued, giving Ray’s hands a squeeze. “In the meantime, I recommend you keep your heads on a swizzle.”

Harry waited for her to get out of earshot before saying, “I’m almost certain she meant swivel. Almost.”

Ray just shook his head. “Listen, while we’re alone—is it me, or did we get out of that basement easier, and a lot less bloody, then we should have?”

“Less bloody. But I wouldn’t call it easy.”

The response came out oddly flat, causing Ray to look at Harry, whose eyes seemed focused on something much darker than the dance floor. After a beat he released a held breath and turned to meet Ray’s expectant gaze, his expression that of a man who’d just come to a cliff and decided to jump.

“Quick and dirty,” Harry said, his voice lower than when he’d teased Jessyn just now. “I’m looking for a guy high up on the Black Rose org chart, the same guy Al-Kar and Booth work for, in fact.”

“And Ankh is prime Black Rose real estate,” Ray surmised, jerking a chin downwards to where a hostess—Lyselle, in fact—was escorting a Suradi through the mix. Her hair clip, from on high, could be seen to form a black rose, and the Suradi’s tie clip, while too small to be certain, involved something black, shiny, and floral.

“They like to advertise,” Harry commented. “And as you heard downstairs, no one will interfere with my manhunt—up to a point. A point,” he looked over the glittering guests below, “which ends at Ankh’s front door. As long as I’m in here, no one can touch me without repercussions. But once I step outside, Finn season starts.”

“No, you listen.” Ray angled himself so he could meet Harry’s gaze and keep an eye on Jessyn’s progress downstairs. “As of about ten minutes ago, you are my cover. As far as these people are concerned, I’m your jammer. I let you walk out on your own, my cover is burned.” He paused, watched the internal argument taking place behind Harry’s eyes, then added another weight to his side of the debate, “And you still owe me for last night.”

Harry’s lip twitched. “I still say Braxx was gunning for you,” he pointed out.

“Fine,” Harry said at last. “You can be my jammer, but only until we’re clear of the club.”

“Sir, yes, sir!” Ray replied, with a full-on salute that had Harry rolling his eyes, then both men turned their attention back to the lounge floor, where Jessyn had stopped to speak with a tall, rail-thin Human male.

Hard eyes and the constant scanning of the room over Jessyn’s head told Ray the guy wasn’t a guest but another of Ankh’s security team.

“She is…” Ray began, then shook his head, words failing.

“Yeah, she is,” Harry agreed with the unspoken sentiment. “I really don’t want to see her hurt.”

“She’s not defenseless,” Ray replied to the other man’s unsubtle warning, then added a low, “far from it” as Jessyn looked up and crooked her finger, indicating she’d found their table.

“My point,” Harry said as he dipped his head in Jessyn’s direction, “is that I’m committed to a course of action. You aren’t. If you decide to opt out, once we’re clear of the club, no harm no foul. I’ll fire you and make sure your cover sticks. You opt to stick,” he paused, as if giving himself time to change his mind, “if you stick, I’ll read you in,” he finished.

“The Needle last night, and now here.” Ray grinned and gestured Harry to precede him toward the stairs. “Not that I’m superstitious or a religious nut, but I think somebody or something out there already made that choice for us.”

“And if that someone doesn’t have our best interests at heart?” Harry asked as they descended.

Ray was spared answering by a waiter who caught his eye and flagged him down.

“Go ahead. I’ll catch up,” he told Harry, and veered off toward the waiter, who slipped a bar coaster into his jacket pocket and zipped away.

Turning casually from any potential observers, Ray drew the coaster from his pocket. One side was emblazoned with the club’s ankh symbol in glittering gold, and the other scrawled with a hastily written note.

The bar. Whenever you get a minute, gorgeous.

Turning to the right, and the saloon bar, he was greeted with a smile and a thumbs up from the Gal-Asian bartender.

He waved to get Jessyn and Harry’s attention, then pointed to himself and to the bar, and flashed his open palm—fingers spread—to signify the estimated length of time he’d be away.

Jessyn smiled and Harry again rolled his eyes, but both continued to the booth Jessyn had staked out for their use, the tall man angled solicitously over the hostess as she took his arm.

Watching them together, Ray felt something poking at him, like an annoying kid trying to get attention, but movement at his left had him turning to see Ziio holding up the bottle of Sterling Black, and he told the annoying kid to take a number while he went to discover what the bartender had to say. 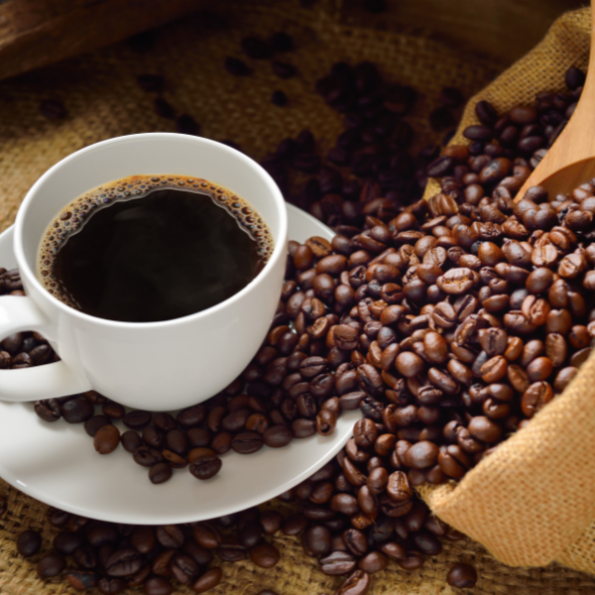 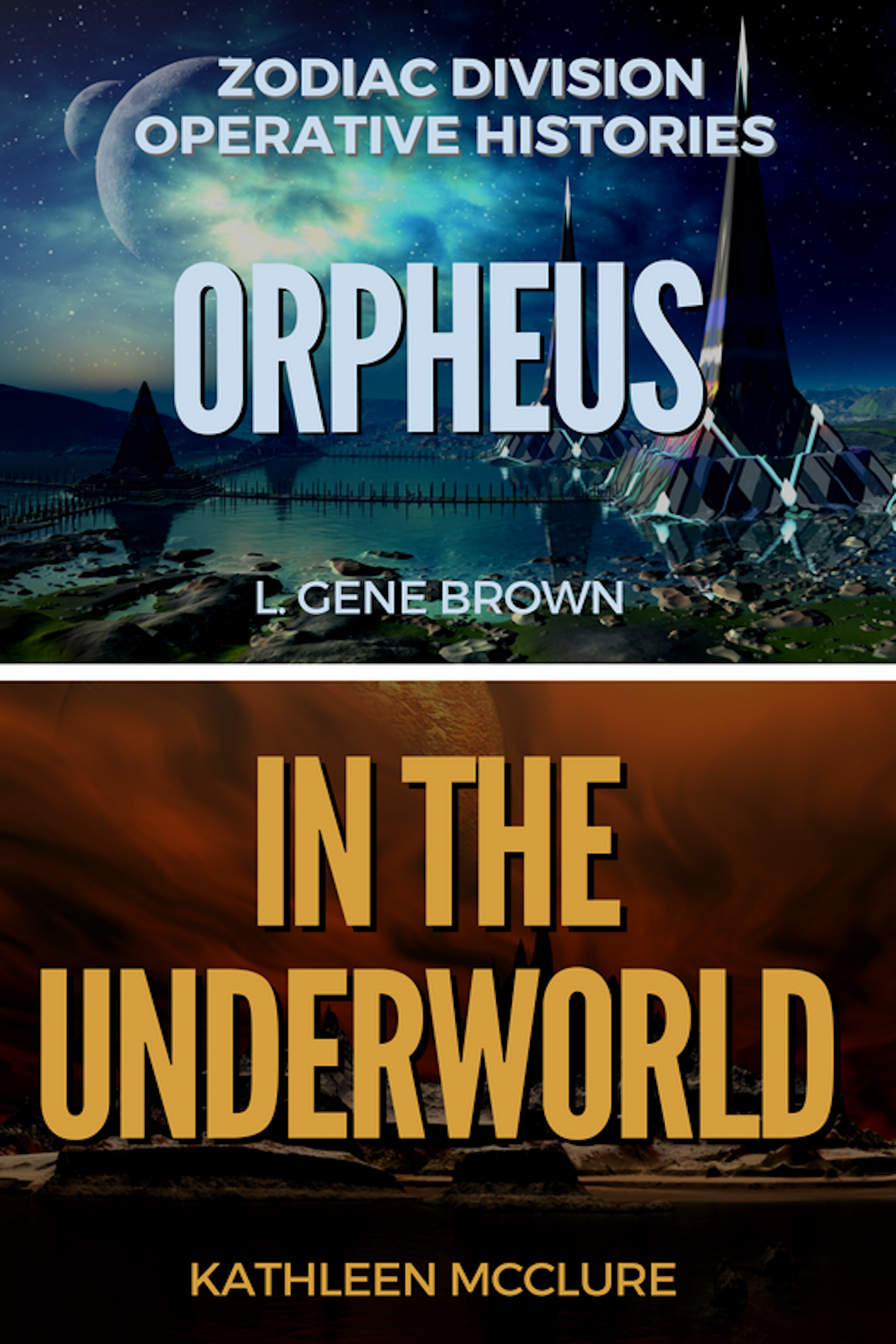 Sign up for the Outrageous Fiction newsletter and receive these two short prequels to The Gemini Hustle.

Meet Ray and Harry in the dark days before their fateful meeting on Ócala.