Welcome, all! As you may have noticed, I decided to make a change to the Friday blog 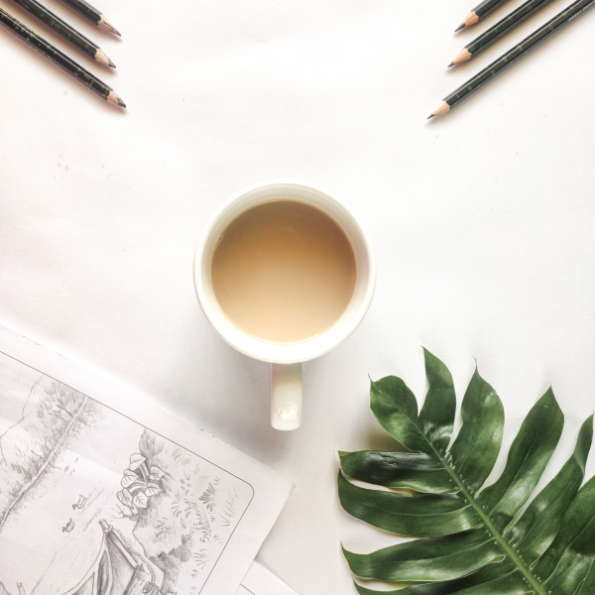 posts, switching from the pressure-oriented, horrifyingly official Weekly Update to the much more accessible (and realistic) Monthly Cuppa.

So, while I'll still mention where and how progress is occurring in our creative pod, I will only be doing so once a month, which allows more to have happened. I'll also have had a chance to gather more of the same sort of tidbits I share with my writing buddy, or reader friends, when we meet to chat over (you guessed it) a cuppa, which we do once  a month.

So whether you like your cup filled with tea, coffee, or hot chocolate, settle in for this first version of the monthly news, chat, and recommendations.

First off, I've finally caved in to an inner prompting that's been going on for quite some time, and doing a second edit of The Gemini Hustle which, while folks mostly like it,   could stand to lose ten to twenty-thousand words of dead weight and confusing subplots.

Given Gemini was LG and my first novel-length collaboration, it's not too shocking that it went out into the world a little on the bulky side.

Fact is, I'm a much more vigorous editor, these days—seriously I have already removed two extraneous characters, several flashbacks, and today axed an entire chapter that went nowhere, did nothing—and hope to end up with a much more accessible first-in-series by the time we're done.

Since I'm making fresh edits daily, look for updated, all new chapters of the book to be posted here within the next couple of weeks. (Yeah, I took down the old versions, which weren't getting many page reads, so that says a lot, right there).

Meanwhile, I'm reading one to two chapters a day of The Libra Gambit, making fixes and edits as I go, and Kelley and I are up to chapter eight of The Crew Who Came in From the Cold. Hidden Dragon, my solo urban fantasy, is getting a few words here and there, but until it's finished, Crew has priority on "creative brain" time.

In addition to writing and editing, I'm studying up on the most effective ways to Show Our Work, following the Austin Kleon theory, which is daunting, but less overwhelming or costly than trying to beg folks to buy our work. (Advertising=a trip to Vegas).

So far we're posting our books here and on Wattpad, have created a Twitter account to broadcast those posts (sigh), and I'm looking to start sharing Soldier of Fortune, and possibly these Monthly Cuppas, on Substack, for those who prefer their fiction to be delivered to their email.

In essence, we're working to cast a wide enough net for readers who enjoy our sub-set of optimistic sci-fi and fantasy to find us.

Meanwhile, typing it now so we actually get it done, looking to create some "Species of the Known" posts to go along with our Zodiac Files, (Sorry, no progress on Ethel and Lucy Make Maps—it was all about the story, this week).

Reading wise, I had the ridiculous pleasure of reading three out of four of Sarah Andersen's Sc 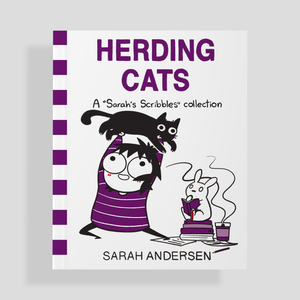 ribbles—they're short—and was particularly enamored of her Herding Cats, which struck a chord in my introverted, non-conformist soul. (PS: Sending up a big thanks to Overdrive and our Public Library system—I could manage to buy one book, but was able to check out the e-books of two more, whew!)

Lastly, anyone in need of a laugh, I heartily recommend seeking out the Taskmaster series (most of the series are available on YouTube, for those of us in the US). As much as I live on genre television (Looking at you, Legends of Tomorrow), this show can provide the perfect medicine of So Much Laughter.

All I can say is, we will be a Sad Household when we've caught up with the current series.

And with that, it appears my brain is now as empty as my cup of tea (it was, in fact, tea—P&G tips, with milk), so I'll say goodbye and wish you all a weekend as comforting as an oversized hoodie.

See you next month!