It is the goal of the authors to provide out-of-this world adventures featuring diverse, fully realized characters who will entertain, enliven, and leave readers empowered by the experience.

A long time lover of all things Genre, I write character-driven sci-fi and fantasy for lovers of out-of-this-world adventures, featuring a plethora of rough-around-the-edges heroes who, like most of us, stumble as often as they succeed.

My published books include solo works such as the Gideon Quinn Adventures and various shorts,  and my co-written works include the Errant Freight series with Kelley McKinnon, and The Zodiac Files with L. Gene Brown. I am also developing an urban fantasy series when time allows.

Between writing binges, I have also taken to creating lawnscapes with a set of rainbow colored-flamingos, a hobby which has overtaken the knitting years, which in turn overtook the "trying to rock the school-age birthday party" years. Life is a journey, y'all. 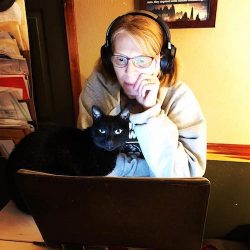 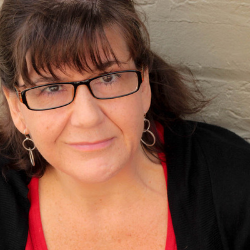 Like many writers, Kelley McKinnon has had a varied career. Besides providing all the snark and a director's eye to Fortune, she has acted and directed at the American Globe Theater, acted with American Shakespeare Center, taught at NYU, and earned her MFA from Mary Baldwin University. After graduating, she flew straight to Shanghai where she worked with ENREACH, teaching drama and performance to local students for five years.

On her return to the US, she took up teaching at Mary Baldwin, as well as individual coaching, and, to Kathleen's great relief, was able to help pick the Errant crew from where they left off when she headed to China.

Throughout his life, L. Gene has always been an entrenched fan of all things related to science fiction, fantasy, and horror, and a natural-born writer of same.

L. Gene Brown was born, raised, and educated in Kansas City, Missouri. He left home after graduation from Manual Vocational High School in 1968 to join the U.S. Army, serving 3 years - including two tours in Vietnam. Following a nine month break after his army discharge, he re-enlisted in the U.S. Air Force, where he served an additional fifteen years before his honorable discharge in the mid-80's.

Although he has no official letters after his name, L. Gene has been practicing his craft for a lifetime, boosting his skills with a number of creative writing courses over the years. In addition to writing The Gemini Hustle and The Libra Gambit with Kathleen McClure, he is working on a modern day vampire series. 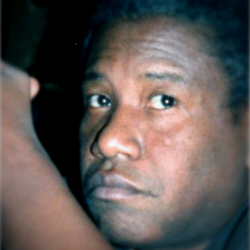